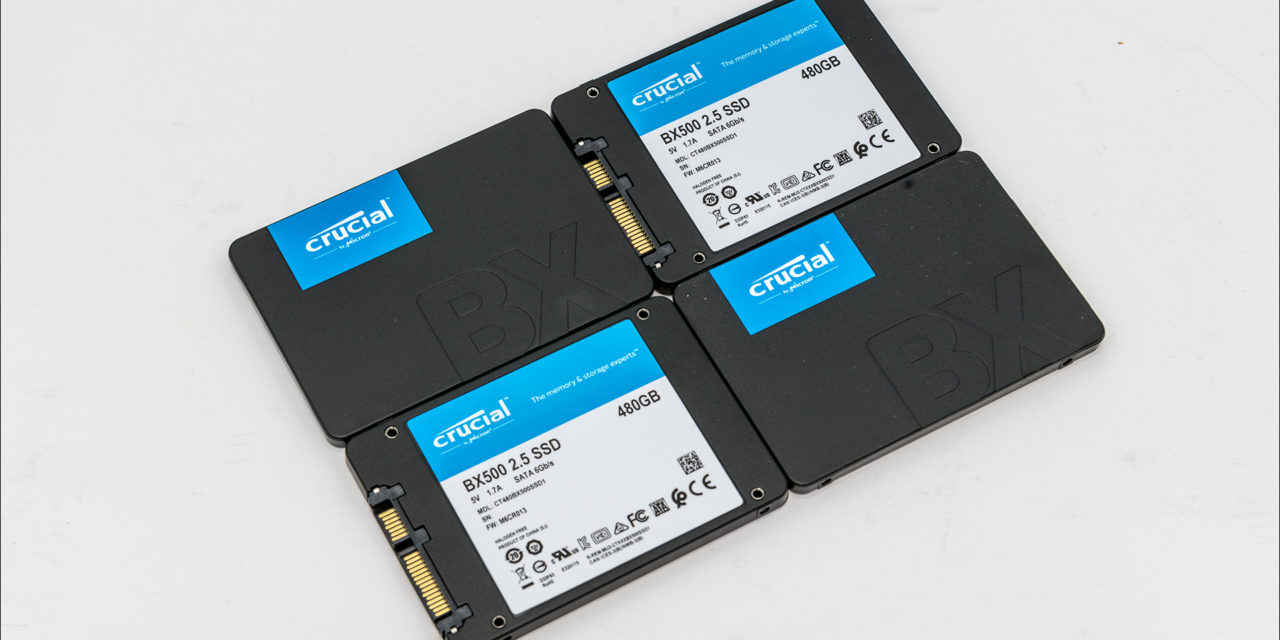 As the follow-up model to the cult-classic Crucial BX300 series, the new Crucial BX500 series is easily the most anticipated series release of this year for many buyers. This is for the simple reason that the BX300 was an incredible value and offered surprisingly high levels of performance. Enough performance that it not only could punch above its value class designation but routinely did just that. This is why so many knowledgeable buyers actually skipped the rather potent MX300 and went with BX300 drives for their secondary storage needs.

With the MX500 being out in the wild long enough to be considered a ‘mature series’, those self-same BX300s buyers first became restive at Crucial’s delay, and lately have been salivating at the idea of a repeat of the last generation… with wildly varying rumors swirling around and building off each other. While all this has been going on in various forums the truly ‘value’ or ‘budget is the only consideration’ end of the marketplace has steadily declined to the point of being filled with rather bad drives. This in conjunction with a lack of BX300 price reductions (actually pushing it out of the true value priced marketplace) has combined into a near perfect storm… with the BX500 at its center. 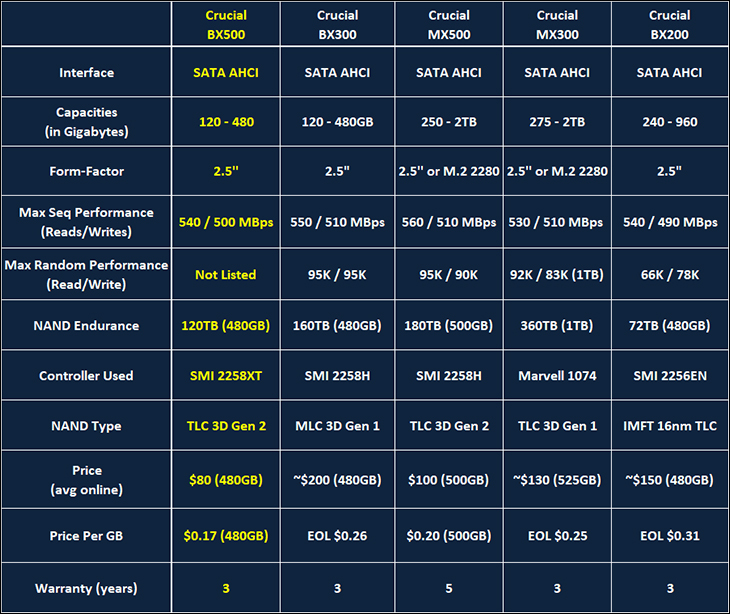 Well the BX500 hurricane has finally landed and today we are going to put it through its paces. Thanks to Crucial we will not only be able to show you what one drive can do but what 2 and four drive RAID configurations can offer. After all, with a price of only $80 for nearly have a Terabyte of storage space building a large sized RAID based ‘game drive’ is not only easy but also a rather inexpensive proposition.

On paper the BX500 is certainly interesting. Rumors over it being QLC (Quad-Level Cell) NAND are obviously incorrect… but most people thought that would be the case since IMFT has had issues getting QLC NAND production up to levels needed for market release. This certainly is a good thing for conservative buyers hesitant over purchasing first gen tech. To further help reassure people the TLC NAND is actually same as found in the MX500 series… albeit lowered binned NAND ICs. On the other end of the spectrum is the rumor over the BX500 being dram-less controller based have been proven correct.

What this means is the controller may indeed have a smidge of RAM on its own chip but there is no external ‘RAM Buffer’ to help performance during heavy I/O demands. Lastly… and most outlandish of all rumors we heard, this is not a NVMe based model. It is not the ‘dawn of a new era’ with the ‘BX series leading the way’ as one overly hopefully person put it. No, the MX500 is not the ‘last SATA drive Crucial was making’. Instead it is SATA based… as most assumed. 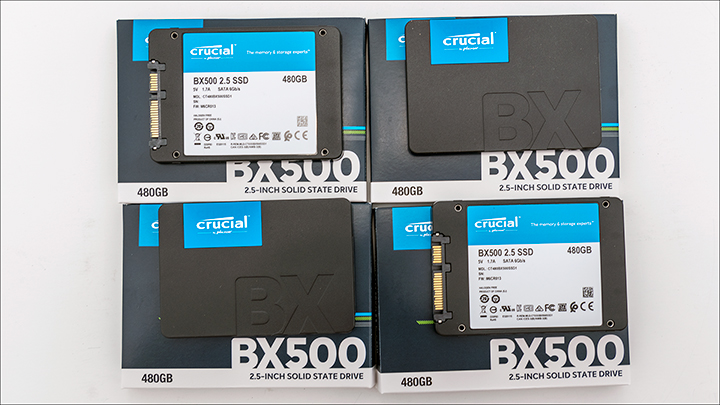 Good RAID performance on the cheap The Crucial BX500 is going to be a very controversial model. A controversial model that is not going to impress mainstream buyers all that much. Thankfully it doesn’t have to. Its market niche is the entry level, low-budget crowd and here it does indeed shine. Furthermore, we would have zero issues with using that as a D/E/F/G/H secondary storage drive. 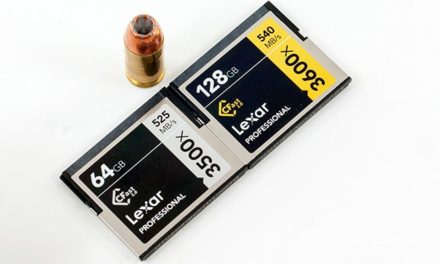 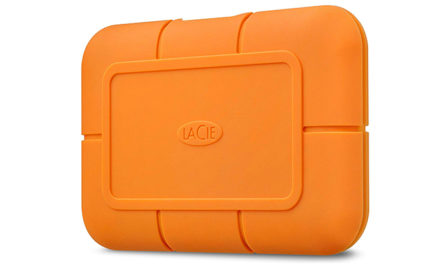