When it comes to air-based CPU solutions, not every build needs an eighty-dollar cooling solution. Many builds do not even need a fifty dollar one. Instead, they simply need an easy to use CPU cooling solution that looks better, is lower noise, and performs better than ‘stock’ AMD or Intel coolers. Put another way, not every build is intended to be overclocked to the Nth degree, but aesthetics, noise and performance (at lower TDPs) is still very important. For many the tried and true ‘standby’ cooler of choice is the Cooler Master Hyper 212 series (be it Plus, Evo, LED, Black, etc.). However, a new contender called Reeven wants to change that. With the release of their $30(USD) E12 RGB cooler they have every intention of replacing the Hyper 212 series in the hearts and minds of system builders. 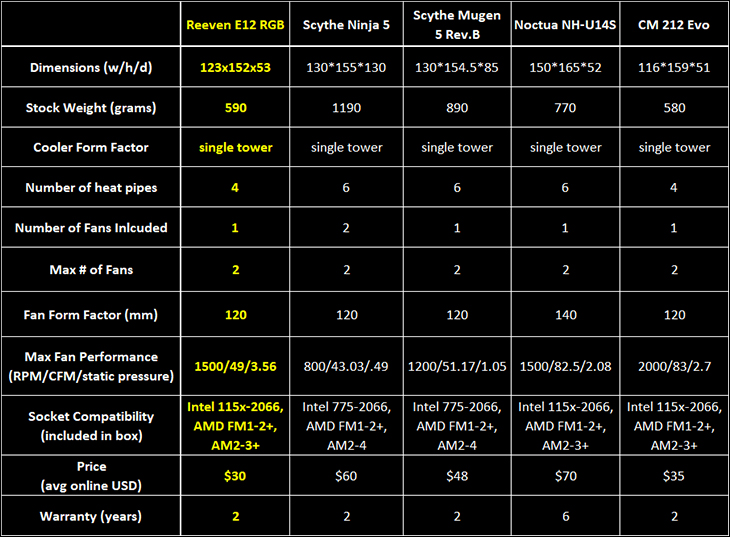 On paper the E12 RGB certainly ticks a lot of the right boxes. Thanks to its small form-factor of 152x123x53mm, the E12 RGB will be a ton easier than most ‘tower’ cooling solutions… and is very similar to the CM Hyper 212 series’ form-factor. Thanks to its Heatpipe Direct Contact Solution base (or what most simply call ‘Heatpipe Direct Touch’) the E12 RGB should be incredibly efficient at transferring heat away from the CPU at lower heat levels. Thanks to a noticeably better fan, which is also RGB LED enabled, the E12 RGB also boasts great cooling potential at higher heat loads… and should be even a lower noise solution than the Hyper 212 series at ‘stock’ heat loads.

Best of all, at an MSRP of $30 (and is less at retail) the Reeven E12 RGB is actually less expensive than what Cooler Master now demands most of their Hyper 212 series. Mix in a mounting system that is robust, easy to work with, and covers off almost every Intel and AMD socket type known to man and the Reeven E12 RGB may just do precisely what it sets out to do. So, let’s dive in and see if this newcomer can unseat the king of coolers for budget builders.

Smaller Cooler, Massive Value The Reeven E12 RGB is destined to become a cult classic. Great performance, great price, even great aesthetics all add up to ‘no-brainer’ levels of value. So be on the lookout for this little powerhouse. It really will add a dash of pizazz to any system while at the same time cooling as good as more expensive options. 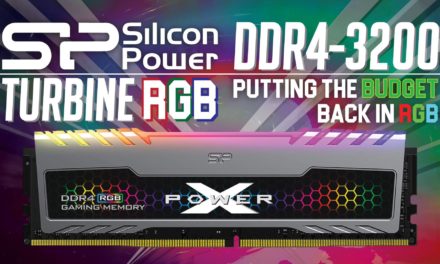 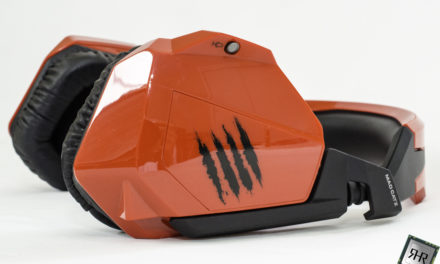 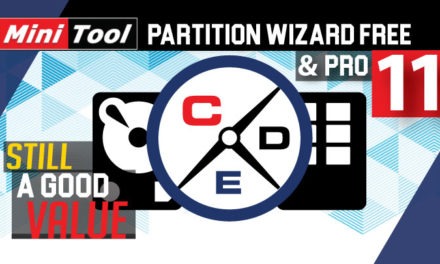 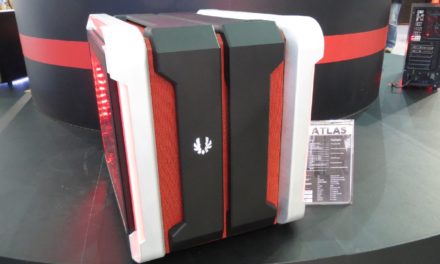